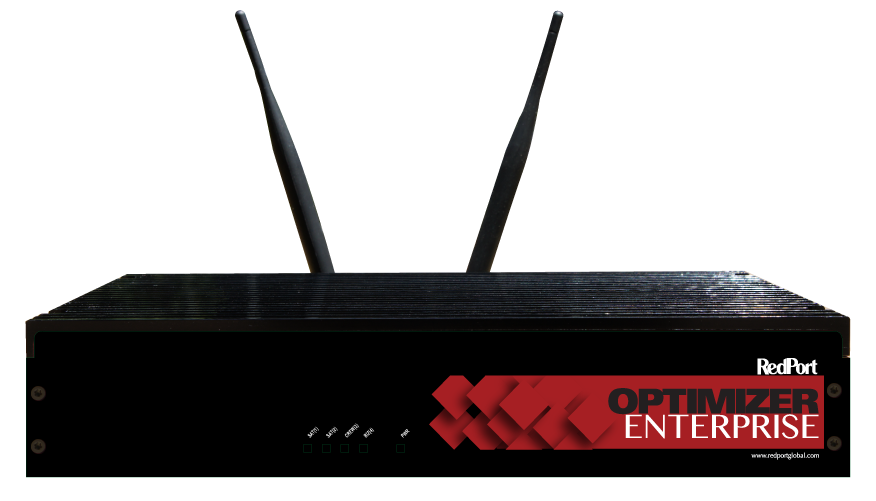 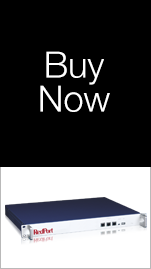 Optimizer Enterprise satellite data routers are enterprise-grade appliances for an all-in-one solution for even the most complex vessel networks, or as the central hub for crew welfare, business operations and VoIP services. Provide crew access, increase operational efficiency, optimize data and manage your network.
Optimizer Enterprise gives you access to the following capabilities:

Who Is It Good For?

Optimizer Enterprise can manage high-demand networks for operational efficiency and crew and passenger access in a marine environment. A networking professional, either on staff, or engaged via RedPort, is recommended for proper configuration.

Optimizer Enteprise PBX functions can run an unlimited number of VoIP extensions via any analog, Ethernet, Wi-Fi or smartphone, convert from VoIP to circuit-switch, and offer a managed pre-paid platform, all with some of the best compression rates on the planet: 10 minutes of talk time per MB. Optimizer Enterprise allows for 4 simultaneous outgoing calls over most satellite broadband terminals. PIN-codes can be created for crew, passengers, work teams, and guests for both data or voice calls.

Optimizer Enterprise routers and VoIP gateways replace or integrate with other enterprise-grade routers that cost many times more. Because they are built from scratch for marine satellite installations, they are more durable and provide more services than standard routers. Properly configured Premium services will save customers thousands of dollars by preventing runaway airtime and the resulting bill shock, and provide valuable services for use or resale to passengers and crew. 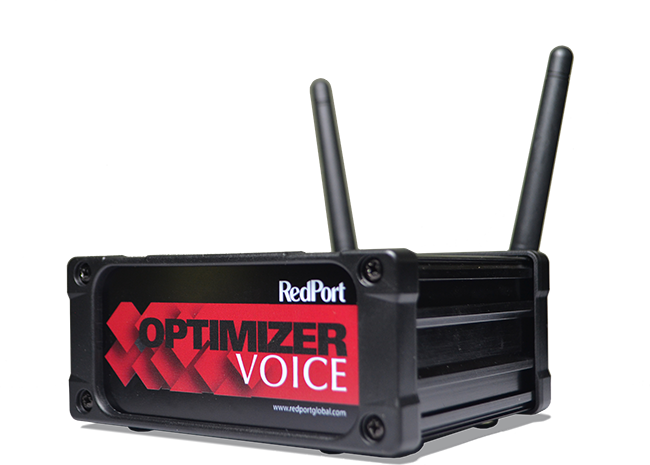 Optimizer Voice combines a powerful satellite data router with voice capabilities, including a full PBX, a prepaid VoIP service with PIN codes, and the ability to carry up to four simultaneous calls over most satellite broadband terminals.

Manage your usage, protect against accidental airtime usage, accelerate your data speeds, enable email and web compression, track your location via GPS, and provide routing, filtering and security. (Some fees may apply).

The voice capabilities of Optimizer Voice allow for unlimited multi-VoIP (unlimited extensions), conversion from VoIP to circuit-switch, and some of the best compression rates on the planet: 15 minutes of talk time per MB. Because of the PIN-code capabilities of the router, PIN-codes can be created for crew, passengers, work teams, and guests for both data or voice calls.
Unlike traditional satellite airtime plans where only one outgoing call can be made at a time, Optimizer Voice allows for 4 simultaneous outgoing calls over most satellite broadband terminals.

When used with an Inmarsat IsatHub terminal like the iSavi, Optimizer Voice is the only way to provide powerful airtime control features, multi-VoIP, and filtering and blocking of unwanted URLs.
When connected to the iSavi, Optimizer Voice allows you to either place standard Inmarsat calls using your smartphone and XGate Phone app, or place up to four simultaneous  VoIP calls for multiple users with the RedPort VoIP service.
When used with RedPort VoIP service, allows for more than 25% reduction in voice airtime rates when compared with traditional IsatHub voice calls.

*When used with a GPS-enabled broadband satellite terminal.
Some services may require a subscription.
Users in a wide range of industries and applications have found Optimizer Voice to be the perfect tool for their satellite broadband Internet connection: